Vijay Vs Vikram - Who scores the best with Lyric video in 2020 first half? 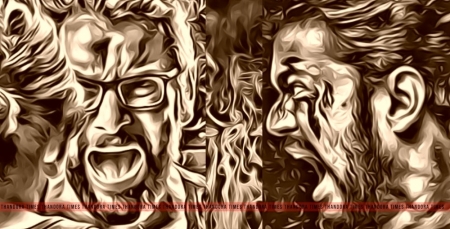 The Lockdown has restricted the arrivals in cinema halls, but somehow producers have managed to pull up their socks and keep the fans exhilarated by unveiling single tracks and albums. Well, the lyric video has been a common trend that has been followed in all the film industries, but came as something new was during this year with Vijay’s Kutty Story, which had a wonderful animation. With half the year 2020 completed, we bring you Top 5 lyric videos of our Tamil industry

(P.S. This is not based on music, but purely the ‘LYRIC VIDEO DESIGNING’)

There’s something really concerning about the song. With AR Rahman offering a piece of wonderful music, it would have been really good to see a commendable lyric video, but it literally awful. Maybe, the Lockdown phase had some constraints on the makers or perhaps, the last-minute pressure to unveil the first single track at the earliest. It’s more like how the disastrous ‘Kochadaiyaan’ was done. Let’s keep our fingers crossed hoping Ajay Gnanamuthu would deliver good visuals.

The song isn’t really as laudable as the other one, we are about to list, but the animation work is worthy of appreciations. It would become an instant cherry-pick for the kids. In simple terms, it’s a groovy job.

A cute one indeed! The team involved in the creation of this Lyric video has exerted an appealing effort. In fact, the song gets more escalated with the lyric video and that’s a best icing of cake we can say.

Outstanding work and it’s something that any guy would relate instantly with after watching the song. Especially, if you’re someone residing in the heart of Chennai city like Anna Nagar, you would surely understand the elements of this locality. From Metro Stations to the sprawled out area to cycle and gyms followed by pubs and parties and amidst all this, a guy feeling ‘Loneliness as the Best Friend’.

The best and best of all among rest in this season! To see Vijay in such a cute animated version and the cartoon-like animation done by the team is remarkable. Well, this lyric video will keep gaining more viewers even after the original video song is released.
Vijay, Vikram, Master, Cobra, Teddy, Takkar, Thumbi Thullal, Kutty Story, Thalapathy, AR Rahman, Anirudh