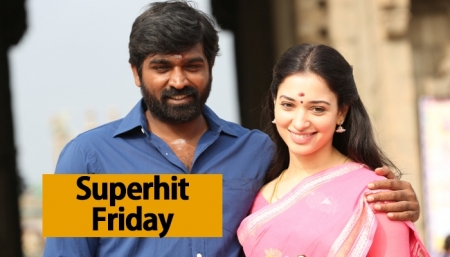 Vijay Sethupathi and producer RK Suresh were supposed to work together in a movie titled Vasantha Kumaran. However, the project was dropped due to some issues between them. Later, the actor decided to work with RK Suresh in ‘Dharmadurai’ directed by Seenu Ramasamy.

Do you know who was initially supposed to play the role that was later played by Aishwarya Rajesh? It is said that Lakshmi Menon was signed to play this role, but couldn’t make it due to some reasons. Similarly, Gayathri was supposed to play another female lead role that later went into the hands of Tamannah.