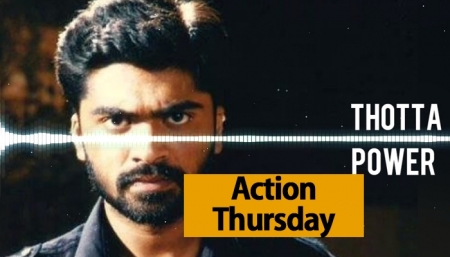 STR movies have always remained synonymous to good entertainments. However, for the first time, he took us by a storming surprise of making a high octane action thriller. It was none other than Thotti Jaya, which was directed by VZ Durai. Although, STR had performed action sequences in many of his erstwhile movies, this one looked literally astonishing for it was first of its kind.

The film also had a peck of romance beautifully narrated and the song ‘Uyire En Uyire’ still remains to be the fresh romantic number. The onscreen chemistry between the lead pairs and the terrorizing villain were the major highlights in the film. The opening action sequence is considered as one of the best action blocks in the career of STR till the date.