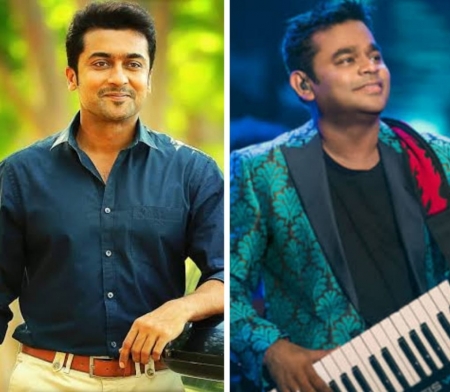 Usually, league music directors would come up with a rough tune and then ask their assistants and team to make some furnishing. Followed by this, the MD would come back to the studios, sit back and make the polishing work for final product.

However, AR Rahman makes sure that the films close to his heart aren’t given that chance. So he ensures that of being present for each and every process of musical jamming session for such movies. One among them Suriya’s Sillunu Oru Kadhal that starred Jyotika and Bhumika Chawla in lead roles alongside them… Release nearly before 12 years, the film’s expectations sky rocketed to the peaks only because of the musical score by AR Rahman.