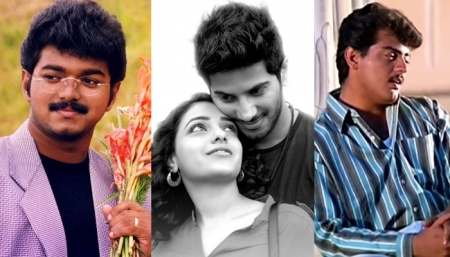 Love stories and railway stations have found a deep connection in Tamil cinema and we bring you some of such instances, where the location has played an important character rather than being a backdrop

Thullatha Manamum Thullum – The whole story is narrated by the protagonist on a train journey, who is returning back to meet his sweet heart, who hasn’t seen him despite being around her and enlivening her lost life.

Kadhal Kottai – The film’s climax is placed at a critical point, where the lovers are almost getting separated in a train journey. There are few more portions shot in train journey as well.

OK Kanmani – The film opens with the railway station, where the hero actually sees the heroine threatening someone and almost jumping upon the train.

Mouna Raagam – The film ends with Mohan and Revathi getting reunited at the railway track, where the wife gets down from the train and runs towards her hubby. Both of them decided to get divorced and yet their hearts are united at the end.

Rhythm – Arjun, who leaves Ooty back to Mumbai through train and with both Meena and her adopted son rushing to station and finding that train has already departed are disappointed. But then, they are surprised to see him standing there.