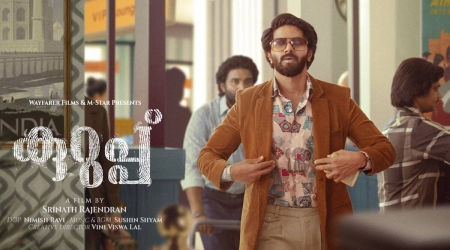 Dulquer Salmaan’s much awaited movie ‘Kurup’ had its teaser unveiled few minutes ago. The film showcases the life of a notorious fugitive in the Indian history, who was never seen or caught by the police and intelligence department.

The film’s teaser looks more stylish and engrossing with the mass hero appeal. The film is directed by Srinath Rajendran and is produced by Wayfarer Films and M-Star Entertainments. The star-cast comprises Sobhita Dhulipala, Indrajith Sukumaaran, Shine Tom Chacko and many more prominent actors like Sunny Wayne and Bharath Niwas.