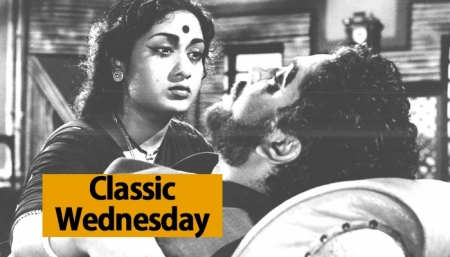 Veteran Late actor Sivaji Ganesan is considered as the encyclopedia of Indian Cinema, where his performance was regarded as the school for many upcoming artistes. Today, it’s 59th year of Pasamalar, which is regarded as  one of the best emotional family dramas made in Tamil cinema till the date. For the climax portion, where the actor had to perform the song ‘Kai Veesamma Kai Veesu’ (Famous Tamil poem), he had to starve the whole day and didn’t even sip water to get the perfect diction.

This scene became one of the major highlights for the film’s success and is regarded as the emblematic performance in Tamil cinema till the date.

Written by famous Malayalam writer K.P. Kottakara, the film revolves around the bonding between a brother and his younger sister played by Sivaji Ganesan and Savithri. Bhimsingh directed this film, which had the musical score by Viswanathan –Ramamoorthy.