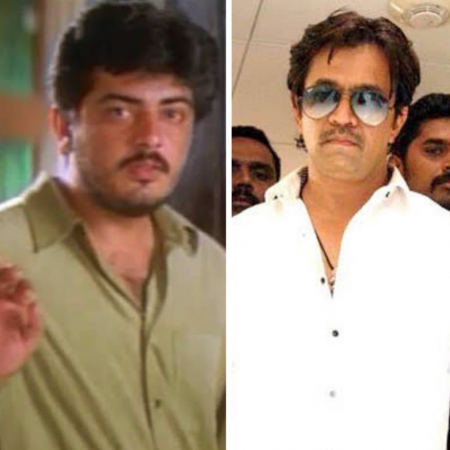 The all time blockbuster hit movie ‘Mankatha’ had the mind-boggling star-cast, especially for the collaboration of Ajith Kumar and Action King Arjun. Their screen presence was highly noticed and it is still appreciated.

However, did you know that both of them were supposed to share the screen space together for first time in Rajeev Menon’s Kandukondain Kandukondain? Yes, initially, Action King Arjun was approached to play the role of ex-military that was later essayed by Mammootty.

In fact, the roles of Ajith Kumar and Mammootty were passed on to several actors. First it was Prabhu Deva, who was supposed to do the role of Ajith and then Prashanth. However, Prashanth demanded that he will sign the project only if cast opposite Aishwarya Rai and didn’t want Tabu as his pair.

Since, the film is majorly based on the two sisters, Rajeev didn’t want to make any changes and finally, it was passed onto Ajith Kumar. Likewise, with Action King Arjun not able to do the role, the director approached Parthiban, but then, he couldn’t do it.

Finally, the beautiful star-cast and splendid technical bonanza made the film so lovely and it is still one of the most celebrated family entertainer as the movie completes 20 years of release.