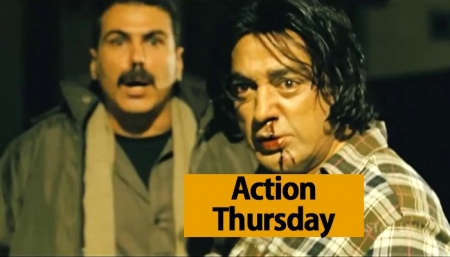 Thursdays have been a greater day for our Thandora viewers for we have been bringing some of the best action sequences in the industry and hidden elements behind it in Tamil cinema.

This week, we would like to bring you the inspiration behind the mind-boggling action sequence of Kamal Haasan in Vishwaroopam, which is inspired from Sherlock Holmes. This became a much strong inspiration for many filmmakers like Sundar C, who incorporated it for his Aranmanai.

Once upon a time, what was considered as creativity has blatantly become a kind of revelation for many film buffs due to the blooming of cyber space isn’t it?