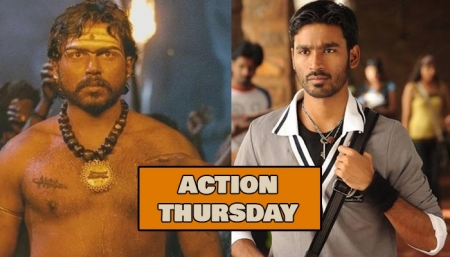 Dating back to Pongal festival few years ago, Selvaraghavan’s Aayirathil Oruvan and Dhanush’s Kutty were released on the same day. However, there was a silent arrival titled ‘Porkalam’, which wasn’t highly noticed during the point of release. It was directed by Bandi Sarojkumar, a former associate of Ram Gopal Varma that featured Kishore of Aadukalam fame in lead role.

The movie turned to be a surprise arrival, where the theatres didn’t stop applauding for the action blocks and the interval scene, where it is revealed that the protagonist is visually challenged left everyone surprised.

The action blocks in this movie were stunning and although, it wasn’t aired on many satellite channels, it still remains to be the favourite pick of film buffs.