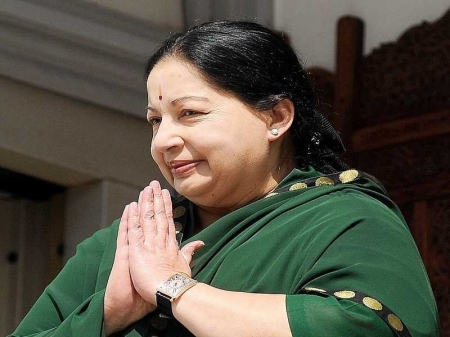 Today is December 5. Three years since former Chief Minister J Jayalalithaa passed away. But the influence and charm of the iron lady of the country is still relevant. The ruling AIADMK led by Chief Minister Edappadi K Palaniswami calls it as Amma’s government. He on many occasions that they are carryong forward the legacy of Jayalalithaa. Many schemes and measures initiated by the government are still named after Amma.

Jayalalithaa was admitted to Chennai’s Apollo Hospital on 22 September, 2016. After 75 days of treatment, she was declared dead on 5 December, 2016. Jayalalithaa holds an unique place in the history of Tamilnadu politics. She became Chief Minister for five times. She even bucked the trend and emulated her mentor MGR in winning two consecutive Assembly elections – 2011 and 2016.

Many welfare schemes were implemented by Jayalalithaa. It won her confidence of people. Worth mentioning are Amma water, baby kits, laptops and seeds. Her Amma canteens, where idlis are sold for Re one and sambar rice and curd rice for Rs 5, became a huge hit among poor”. Her cadres say that it is hard to find a bold and gutsy politician like her. She is quick to understand the situation and take decision much in advance.

On many occasions, they ended up bringing her fortunes at ballot box. No wonder women voters brought the AIADMK to power in 2011 and 2016 because she was symbol of women empowerment.Today the AIADMK government led by EPS is carrying forward her good measures.