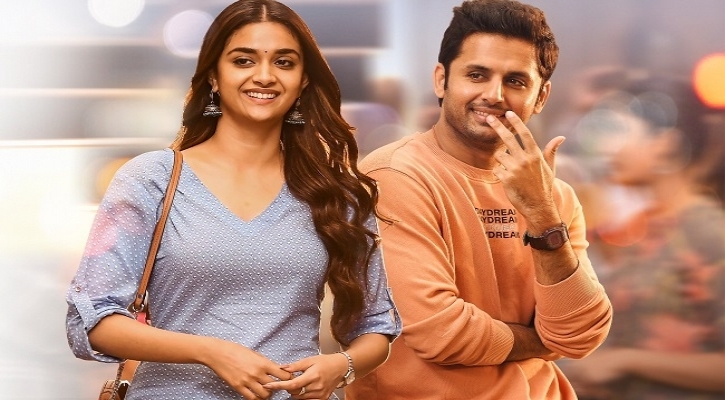 Rang De is romantic comedy film written and directed by Venky Atlur starring Nithiin and Keerthy Suresh. It is a rom-com that engaged audience for its humour and romantic moments. Produced by Suryadevara Naga Vamsi's Sithara Entertainments, the film stars Nithiin and Keerthy Suresh. The film's music is composed by Devi Sri Prasad while cinematography and editing are performed by P C Sreeram and Naveen Nooli respectively.

It begins in 1995 with Nithin and Keerthi's childhood, where Arjun(Nithiin) meets his first crush, Anu (Keerthi) and their cute fights. Importancce for Anu angers Arjun. Sequence of events eventually leads to Anu-Arjun's marriage. With several differences of opinion and fights, how they love each other is all the story about.