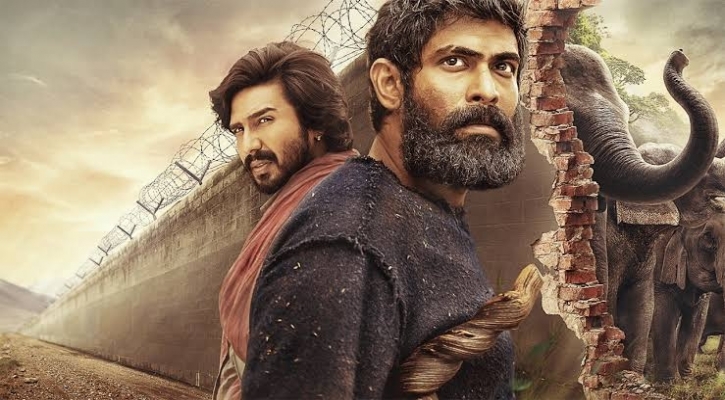 Filmmaker Prabhu Solomon is known for emotinal entertainers that strike a chord with masses. His latest Kaadan is about man -animal conflict. The Bhallaladeva of Baahubali, Rana Dagubatti plays the lead while Vishnu Vishal plays a key role in the film. Rana (Kaadan) resolves to preserve huge acre of forest left by his forefathers amd also prevent elephants from being attacked and killed by poachers. As it happens, a Minister with help of corporates try build resorts there. Wall is raised to prevent elephants from going to drink their water. The onus is on Kaadan and local tribes to fight those building resorts. What happened then forms the crux.

Prabhu Solomon deserves applause for trying his hand at complex theme and taking us on a rise to interior jungle and world of elephant. Ashok Kumar's camera captures everything beautifully without missing on its grandeur. Though Rama reminds one of Pithamagan Vikram, he performs with dedication and excels. Vishnu Vishal appears as mahout in first half, falls in love and disappears. Since both heroines are from Mumbai, one cannot avoid the feel of watching  a Hindi movie.