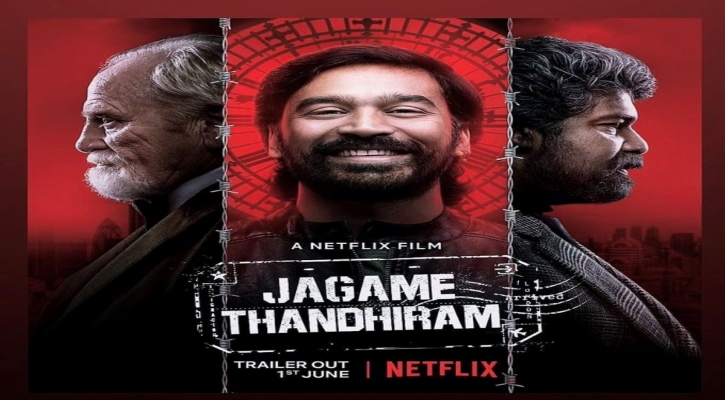 After Petta, Karthik Subbaraj is out with an internation themed action entertainer in Jagame Thanthiram with Dhanush in the lead. Santosh Narayanan's music and Shreyas' cinematography bare the hall mark. As usual, Dhanush delights us with an excellent performance. But a predictable storyline and weak second half disappoints.

The movie speaks about Suruli, a local goon going to London for a reason. He gets struck between two warring groups one led by James Cosmos and another by Jojo George. Eventually what he achieves forms the crux. He has Aishwarya Lekshmi to rance in between

Dhanush is the flesh and blood of the movie. He delights all with his show. He soes good in action too. Aishwarya Lekshmi has little to do. Cosmos does a good job and his subtle show is good. Jojo George as Sivadoss is okay. There is Kalaiyarasan, Vadivukkarasi too.

Minus
Weak script
Slow second half

Verdict : Neither here not there
Thandoratimes Rating :