Warning: mysqli_fetch_assoc() expects parameter 1 to be mysqli_result, null given in /home/thandoratimes/public_html/rating.php on line 43
 Drishyam 2 – George Kutty takes us back to his world of twists and turns again  | Thandoratimes.com | 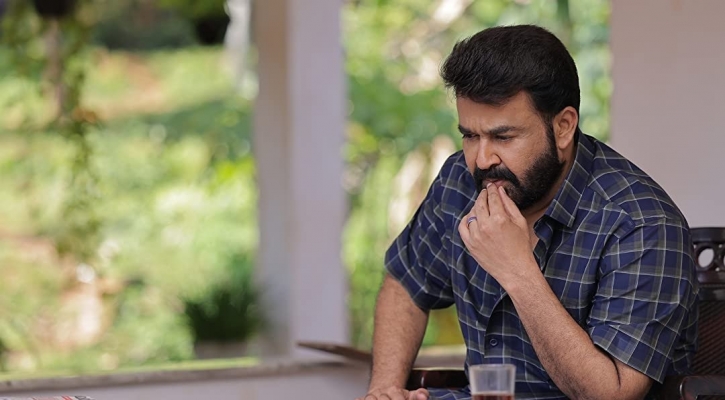 We’re sure pretty sure that Drishyam is a film that broke the barriers of language and boundaries, thereby becoming everyone’s favourite. It was remade in several languages and became a groovy hit. With the sequel, Mohanlal and Jeethu Joseph take us back to the world of ‘George Kutty’ and how he strives to save his family from the troubled waters again.

It’s been 8 years and George Kutty is now an aspiring filmmaker. He has approached a veteran write to complete the screenplay and has even published the story as novel so that there aren’t any copyright issues. His wife (Meena) is still brooding over the past and so is his eldest daughter. The people in neighborhood continue to spread the rumours in ill manner. Everything is same, until the police department starts playing the best tricks upon the family to get the mystery unraveled.

Guess what? George Kutty is still ahead of the entire police department…. One might wonder, how come we could reveal the premise so blatantly. What’s the deal? The makers have indeed openly uttered the same, but the film’s biggest strength is the screenplay. It starts on melodramatic mode with the interval twist being completely unpredictable followed by a gripping second half. Every actor has done a remarkable job. Jeethu Joseph’s scrutinizing efforts is very much evident in every scene. There isn’t a single scene, where the logics are missing. But still ,there are few unacceptable factors of protagonist’s attempt on befriending few characters , which looks artificial. But still, in a story premise that is dominated by emotions and thrills, the flip side doesn’t get noticed to such a greater degree.

On the whole, Drishyam 2 might not be the best than the prequel, but it retains us in the world of George Kutty without any issues. It does offer what you expect from this franchise, especially with the outstanding performance of Mohanlal.