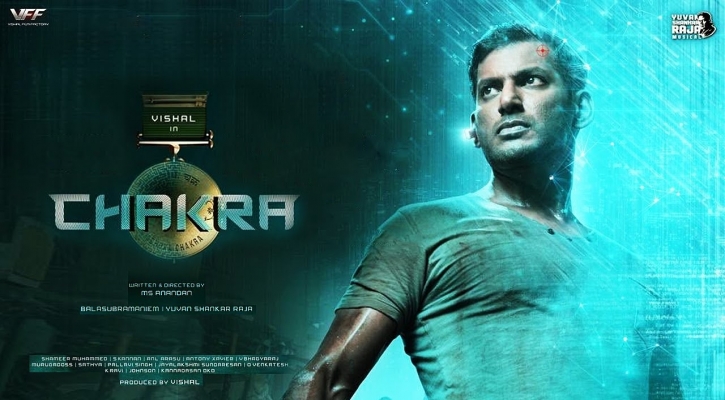 Subash Chandra Bose (Vishal) is a military officer comes down from Delhi to Chennai with the right guess that his grandmother (KR Vijaya) is in dangerous situation. How? She picks her grandson’s call on first ring and this time, she failed. Alas! she resides at the heart of city and nowhere in the deep rooted forests. Anyways, we don’t get distracted because the main plot is about a couple of thieves, who have looted the jewels from 49 homes, whose residents are old-aged people. Well, the problem with Bose is not about the jewels or money being looted, but the Parama Veera Chakra medal of his deceased father.

Now, he gets a special power to get inside the commissioner’s room and instruct them what to do next? (Who gave the power? Please ask director… Yes, you do have the answer, when his girlfriend (Shraddha Srinath), a cop finally yells at him “I allowed you so far in this investigation because you’re emotionally connected. That’s the limit.” Guys! We have so far listened to the statements of officers saying, “You’re not going to handle this case because you’re emotionally connected”, isn’t it? But then, the entire premise of ‘Chakra’ keeps surprising you as though the story is happening in parallel universe.”

The problem with Vishal’s recent movies and even some of the B-league actors is that they want to spin decent collections in both Tamil and Telugu markets. Hence, the major shift of focus is literally turning upon Telugu markets.  This was one of the major setbacks for his previous outing ‘Action’ and now ‘Chakra’ as well. It’s over and again disappointing to see a talented actor like Vishal wasting his potentials and letting him get confided to mediocre scripts and roles. Yes, it’s obvious that he wanted to encash the success of Irumbu Thirai (The initial title of this film was ‘Irumbu Thirai 2’). Shraddha Srinath does her role with perfection. Regina Cassandra is disappointing. Her presence in this film is yet another justification to our abovementioned theory of ‘Focusing on Telugu audience’ (She won appreciations for her role in ‘Evaru’).

Yuvan Shankar Raja appears only in the credits and we don’t find him anywhere in the musical score. The only big plus in the movie is cinematography. Robo Shankar, please take a break before audience get more annoyed with your mediocre jokes.

On the whole, Chakra is a mere replica of Irumbu Thirai. Well, there’s nothing wrong when Bollywood is attempted suing D-Grade ‘Dhoom’ series over and again. But then, the screenplay is so weak and the logics go missing here, which turns out to be a disappointing fare.

Verdict : Except Cinematography, everything looks outdated and mediocre
Thandoratimes Rating :